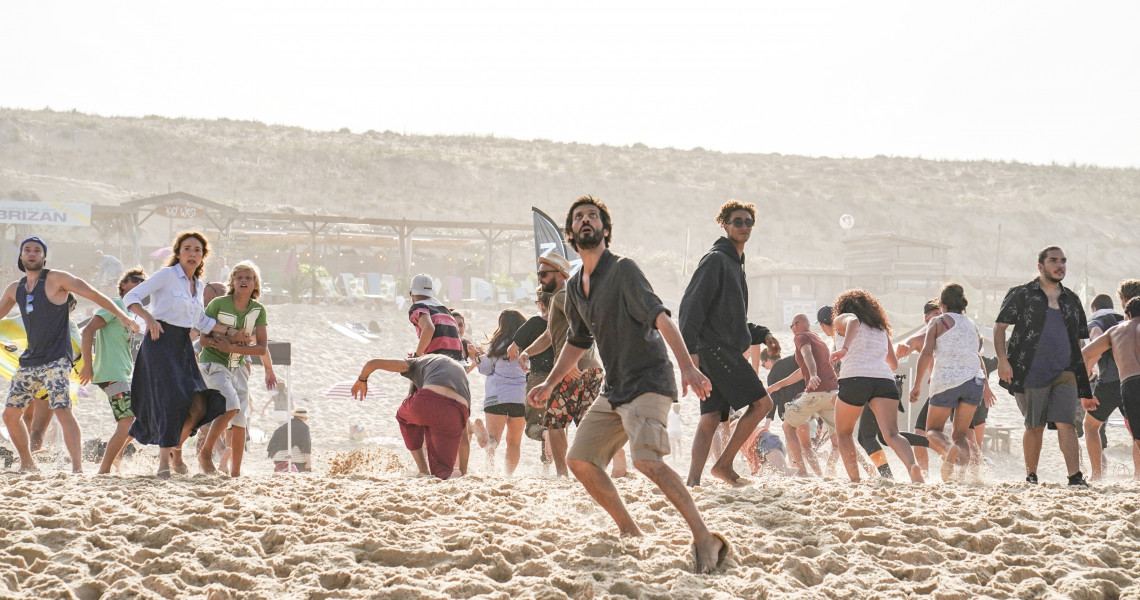 A surfing contest in Brizan, southwest France. Suddenly, a huge dark wave coming from a stagnant arcus rises up and the surfers disappear. Many hours later, they pop up in the water, as if by magic. Whether caused by climate change or nature fighting back, this tragic event turns the lives of the inhabitants of this peaceful seaside resort upside-down.